From Kickstarter to film, BLACK optioned by Studio 8

It started as a Kickstarter campaign that pulled in almost triple its goal. A new type of superhero comic, BLACK was created by Kwanza Osajyefo, Tim Smith 3, Jamal Igle, and Khary Randolph (with editor Sarah Litt) as a way to "tell an entertaining...


I could have sworn it was optioned once before to less buzz, but, “Black,” from Black Mask has been optioned by Warner Brothers from Studio 8. I need to get my old copies out of my shortbox and went to some of my websites and tried to quickly get some first issues (and one 1:5 cover of the first issue) before it all started disappearing. Once this news breaks eBay sells out fast of the cheap copies, so I didn’t even try there.
Alana October 1, 2020, 8:47pm #2

I own a few so someone must of said something in the past, I’m not one to own many independents just to own them.

Was optioned back in the beginning but lost the studio(?)

I remember picking up a few copys from a local store when i read the news. Pretty sure this is in a few dollar bins as well

It was optioned previously. I have a post up on the main site. It has officially been acquired by Warner Bothers. They are who optioned it previously.

Okay, I edited my post. Studio 8 had it and Warner Brothers took it from them. Got it.

Didn’t CHU have an exclusive variant or am i misremembering?

We had a limited to 250 variant that I did the cover art for.

And I made sure I was one of those 250. Have had it every since.

I think I sold my CHU variant. Gotta check my boxes. If you did another 250 print run variant now, it would sell out in minutes. Especially if the artwork was on par with that one!

I saw a Cape & Gown variant that was limited to 250 copies. Thought maybe that’s the CHU exclusive you were talking about. 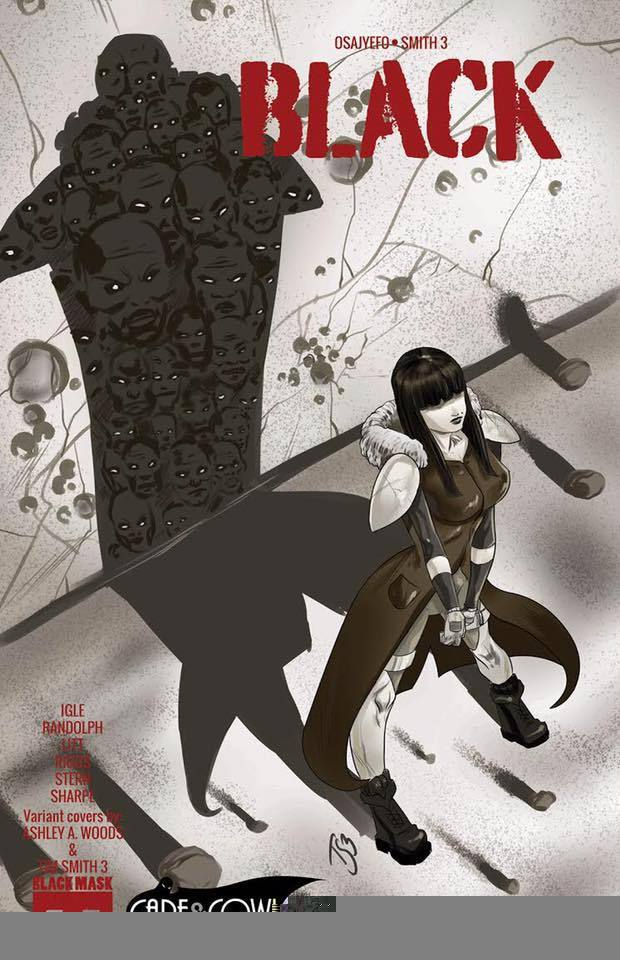 Only 250 copies in existence! In a world that already hates and fears them – what if only Black people had superpowers? After miraculously surviving being gunned down by police, a young man learns that he is part of the biggest lie in history. Now...

I saw a Cape & Gown variant that was limited to 250 copies. Thought maybe that’s the CHU exclusive you were talking about.

No, we did one that was originally planned out to be an all black cover. Black Mask being Black Mask took the idea and released it as the Baltimore Comic Con variant. So I came up with another idea, a split black and white cover that had a blood red logo in the middle. I sent the idea over and the recolored the logo to be more maroon. I haven’t seen many up on eBay for a long time. I own two copies.

See if you would of held 240 copies of the 250 print run back like a Disney Scorpion Comics variant you would have a new Jeep and house.

Oh man! Sold every copy I had awhile ago. I still made some money off it, so I guess no regrets!