The Punisher is returning to the Marvel world in a big way. Monday, Marvel Entertainment announced [...] So he changes his logo because he’s a warlord for The Hand (working for The Beast)? My guess is that’s likely a temporary thing to fit the storyline then.

The logo is being used for political purposes, so it doesn’t surprise me that they want to change it a bit… 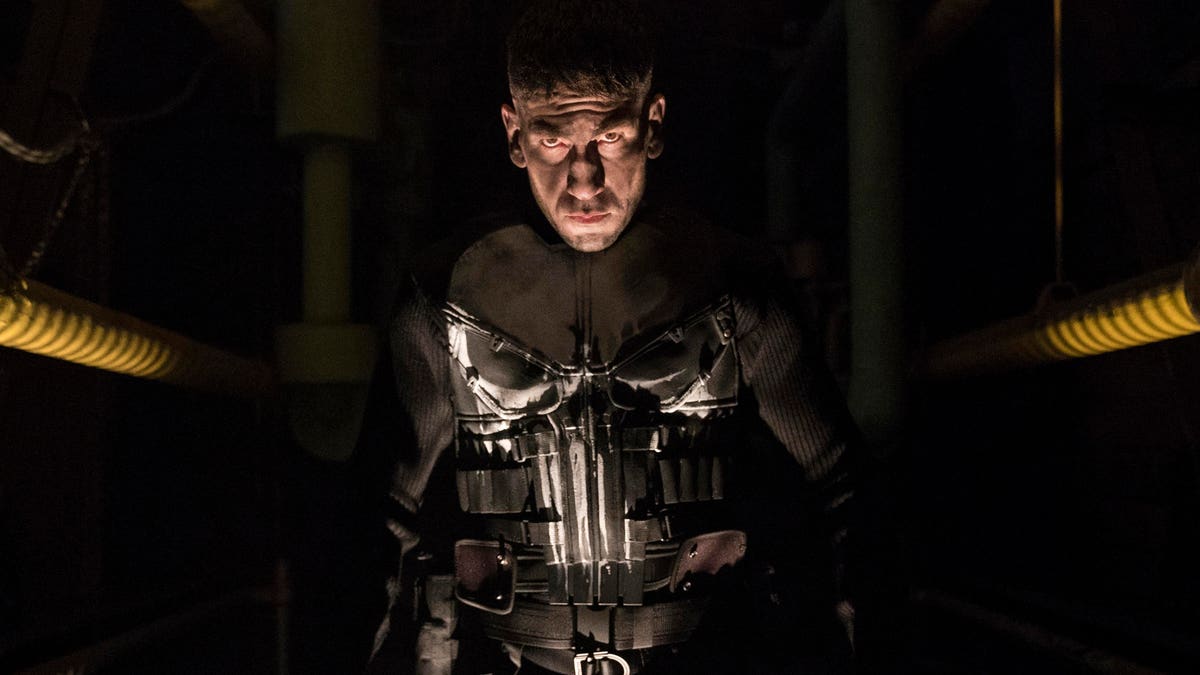 The Creator Of ‘The Punisher’ Wants To Reclaim The Iconic Skull From Police...

“The Punisher is not somebody who would embrace a president who calls for division.” His logo should change with every new gig. A demonic skull for the Hand then a skull that looks like a burger bun with sesame seeds when he takes a gig at Burger King.

Uggg…I have had quite a few, very, very good conversations with friends and even non-friends about this topic over time. Almost always, in person, and in a respectful and open minded manner. It’s funny as I’m often pre-judged on what my thoughts would be on the matter because of my history.

I am the Marine who proudly displayed that symbol during my service. But I’m also a Marine who faced combat and whose life depended on trying to gain very single drop of confidence, arrogance, and intimidation that I could out of anything I possibly could. I’m not typing this or saying this as a “keyboard warrior”, killer, clown, killmonger, zealot, radical, or whatever else is typically, and immediately hurled at folks that say stuff like this.
When you are faced with the imminent threat of death…death by someone else…it’s scary. Like, puke your guts out, cry in the dark, pray to whoever you call God,and your mommy scared. You need something to hang onto. Maybe it’s the Cross? Maybe it’s a picture of your girlfriend/wife? your baby? something? anything?. The thing is though, you have to also get some courage, Gung-ho, confidence, and “I’ll kill your ass before you kill me” esprit de corps out of something…or your gonna just possibly go down in a heap of quivering flesh.
For me, I relied a bit on all of the above, but I also sported the hell out of that Punisher Skull. Made me feel like a bad ass. Scared the enemy. I was a young bright eyed kid who was scared to death…but the enemy didn’t know that. They knew they saw that damned skull and they knew what that meant. Think of it as modern day war-paint I suppose.

But here’s the thing. I’m not a Marine anymore and I’m not in combat. I actually tend to lean a bit to the left these days. I’m fine with the change. I’d still be ok with a jarhead wearing it (but again, I’m talking combat shit…no way in hell you’d get away with that out of combat). 1st Sgt would have your hide. Frank Castle isn’t defined by that emblem. He sure as hell isn’t a “good guy”. I guess people need to re-read Born…dude made a deal with the damned devil. His family was part of that deal. He was never deal a raw deal other than the one he accepted. He cheated death…and like Paul stated in “The Green Mile”… We each owe a death , there are no exceptions,

I still like the emblem. It reminds me of those days…the good and the bad. It still makes my old man chest swell a bit with pride. Frank is a damned ■■■■■■■…so were most of the Marines I know. You need assholes in combat though. We don’t need these clowns out in society thinking they are judge and jury. Big difference to me…huge. I’m embarrassed by much of what I see from many former military. Hurts me to say that.

I do find it funny the focus on that emblem though as taking it away really doesn’t change anything other than optics. The idiots will still be wearing it. It won’t be promoted by Marvel is all. Society loves them some anti-heros and vigilantes. We celebrate John Wick, The Equalizer and tune in en masse to Dexter.

Bah, writing this out stinks…much rather talk over a beer or soda. I hope you can understand what I was trying to say. I truly hope I didn’t offend anyone either. Not my intent.

Oh, and if they are going to change the symbol…either make it look cool or do away with it all together. Whatever that symbol is…it’s a hot mess.

Oh…also…I’m a complete hypocrite , as I really wish there was a Punisher who could get his hands on the idiots who robbed my children’s home as they returned home with their infant.

I’m a complete hypocrite , as I really wish there was a Punisher who could get his hands on the idiots who robbed my children’s home

We all are. Each person has the capacity for immense compassion and also unimaginable horror. That’s the human experience. If we weren’t capable of evil, accomplishing something good in life would mean nothing.

I totally understand every single word you said above by the way. I never enlisted or went into combat. The opportunity was offered to me and I was close. As in, out of high school, no job, not enrolled in college, kicked out of home type of situation.

I met a guy who was almost exactly like me in law school years later though. He went the military service path in that particular form in the road. Him and I are eye to eye on just about everything. He’s one of my best friends ever. He doesn’t regret his Ranger service. He doesn’t think or act the same way today, though. We exchange pictures from our commutes of overly-zealous bumper-sticker happy vets and have a laugh. The Punisher Skull is worth the other buying for beer club on Friday’s if we find one. After I moved him out of prosecuting violent child crimes and got him working with me, he has finally started to settle down as realize he’s been in a cycle of trauma for a couple decades. He has good memories and pride, camaraderie and loss from his service days. That’s part of him, but he’s also now this dad and family man who is adding to society peacefully. He has some symbols that he sports in tattoos and decor that oversimplify him as a person. If you judged him solely by that, you’d miss 95% of his depth.

Symbols are tough. Just like people, they don’t mean or stand for one thing. They take on the baggage of all who have used them. They also have the capacity for tremendous good and terrible evil.