I dug it. Shameless plug time… 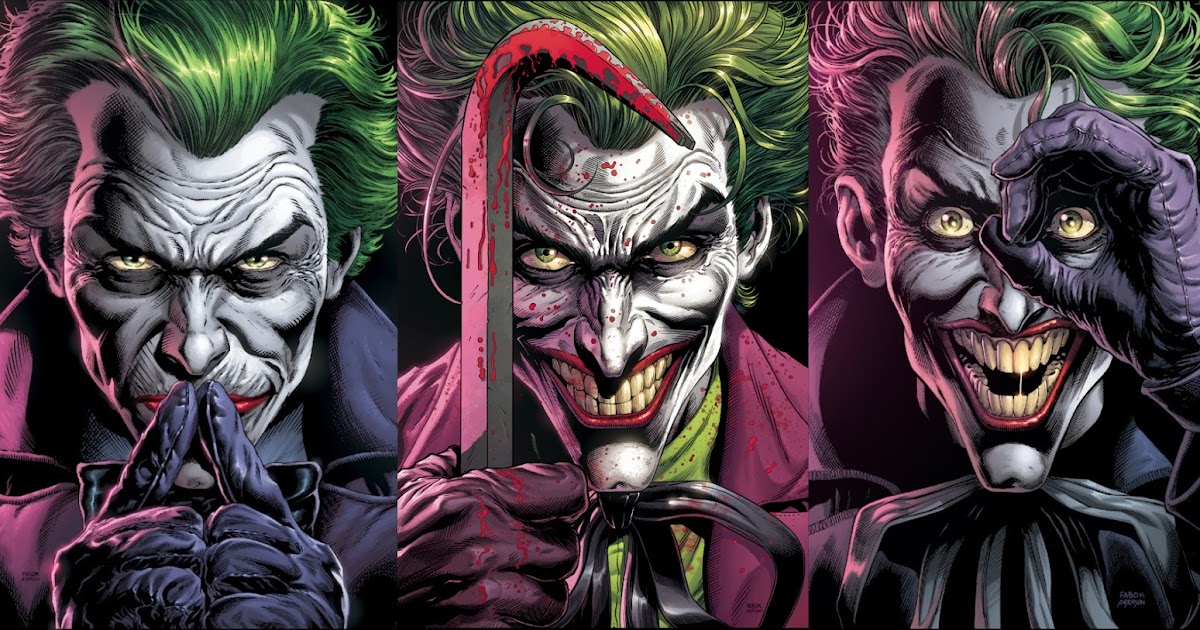 "Three Jokers," #1 is an Intriguing Start

I liked the issue. So many questions. I collected way back when tidd was killed. Restarted around Red goblins appearance in ASM. So the 3 jokers moebius chair info is new to me. Bit damn the call backs and references were great. Csnt wait to see where this goes Those of you who read this week's Harley Quinn #13 will have discovered details of one of the three Jokers currently in the DC Universe, as exposed by the

Holy cow. You read about that shop in Ontario charging $50 (CAD?) per signature when Fabok only wanted $10…and that was after signing two for free!

Didn’t know what was happening…so he was signing for $10 or free while the shop was pocketing $40-$50, so it appears! Three Jokers artist Jason Fabok attended a signing at Woodbridge Heroes in Woodbridge, Ontario, for Batman: Three Jokers.  He is touring a number of comic

I was going to go to that signing, but a friend messaged me before I left and told me about the shit show going on there.
It’s a shitty shop that isn’t really a comic book store, but more a retro toy store. The owner is a POS. He used to keep an alligator, an albino kangaroo and a lemur caged in these ‘rooms’ in the shop, with one plexiglass wall to show them. It was disturbing and deeply heart breaking seeing the kangaroo trapped in this room. I went there one time about ten years ago as a casual stop in, before I was even back into comics. I may have called the humane society when I left that day, ten years ago. The owner has since been forced to give up the animals, thank doug, but, it is a POS shop with a POS owner.
Fabok got blindsided by this shops selfishness. My buddy told me there were younger readers leaving in tears because the books and signing fees were so ridiculously high.

That’s unfortunate for Jason and his fans. It’s also a real scummy move for the shop to charge a fee without discussing it with the signer first. I guarantee if they told Jason they wanted to charge that much and also sell the books well above cover price he would have bailed.

Truly awful behavior by this store, and hopefully this incident with Fabok will be news enough in the industry to prevent anyone doing signings with them for a long time.

It’s been overshadowed by the signature shenanigans, but charging $25 each for a high print run book that literally came out that week - come on.

If I was a creator, I would never charge for signatures… even if I was living under a bridge. The whole notion of charging someone for your scribble is dumb…

I think #3 is worth keeping a copy around long-term, despite the print run and despite the question of, “Is it canon or not?”

It may take a few years, but I guarantee someone will pick up from the ending someday - if not Geoff Johns himself. Why? Because the Joker has a son. That will be too tempting to leave alone forever. I think this case is different from the children in the “White Knight” Murphyverse, because “Three Jokers” hitched itself to “The Killing Joke,” which already has decades of history and reverence behind it.

Howard chakin wanted to charge me for his signature, He said… and I quote…“This is not my hobby, this is my living”… I said this is my hobby and I am not paying for a signature…

I didn’t buy the 3 jokers does someone have a baby from the joker in issue 3?

Here’s a story for you… I kept it under wraps until just now but does anyone remember when we did the charity to raise money for Larime Taylor?

Well anyways, one of the artists that did a sketch on a cover was Howard Chaykin. Larime approached him at a convention in Vegas and told him about the charity we were doing to raise funds for Larime and his wife who was undergoing chemo.

Well, Larime didn’t tell us right away but after he sent the sketched book that Howard did for the charity, he said Howard charged him $50. Yeah, Howard Chaykin charged him for the sketch we were doing all to raise funds to help Larime Taylor’s wife pay for her chemo treatments.

I never buy anything he has had a hand in…

I won’t buy anything that ass hole creates now… fsck him. He deserves zero money from the comic community…

The last page is a direct callback to The Killing Joke. The Joker’s wife and son are alive and in hiding.

I didn’t buy the 3 jokers does someone have a baby from the joker in issue 3?

I did spoilers on CHU Tuesday night. Go check them out.