Ok guys it’s that time of the decade where many of
us will be hunting the next gen gaming sytems for our kids and ourselves this holiday season. Please feel free to leave info on where and when things have availability and any new info. Currently PS5s are moving on ebay from $700-$1500 no price has been confirmed some people have already been able to preorder. Play Asia preorders came up for an hour or so at $699 some say this was an error and no way it could be that much. None of the Play Asia orders have been cancelled by the retailer. In Turkey some preorders went up today from a retailer at the equivelent of $900 for the digital version, $1100 for the disk version. Also Amazon France had it listed for a couple hours before being pulled down and removed at $565. It will be interesting to see what price is announced for the PS5 not revealing it yet would lead me to believe its pricey also nothing is confirmed on Xbox Xs price either.

Yep its pretty good but sometimes doesnt show smaller retailers just ebay, amazon, target, walmart, gamestop as a global community here at CHU we will be able to get info on uk and ca retailers too. I already bought the PS5 on ebay with proceeds from selling the nintendo switch, xbox one, ps4, and psvr but still looking to get an Xbox x at normal price with the rest of the money.

Don’t get me wrong, I want the new PS5. But I’m going to wait till the hype dies down and get it when it’s cheaper. I have never been the type of person that Need a to buy the new systems now. To tell you that I just bought the PS4 last December. I’m good I’ll wait…

I’m actually in the same boat as you. When it comes to latest consoles, I wait myself. Even when it comes to movies, I wait a few weeks. I can enjoy the movie with less people at the theater, less likely I sit next to some dude who coughs or smacks on his popcorn the entire movie… The SSD drives is a newer technology that’s pricey because it eliminates almost all load times compared to old HDD drives that can have more space but retrieves at a much slower rate.

Atari is also attempting a comeback this holiday season with its new VCS console priced at $389.99
Available for direct preorder now at
https://atarivcs.com/

Shit, they havent released that yet ?? I remember when they had an Indiegogo campaign years ago to get it funded.

Ok this may work for our friends across the pond, $.01 placeholders for PS5 Preorders. UK/EU only.

Unrelated but still a console, I’m on the never ending hunt for a switch. I can’t believe how hard these things are to find! And flippers are snatching them up everywhere

I hear ya. I bought mine years ago and can’t believe how crazy things have gotten. My friend’s niece wants one so he asked me to be on the look out. Not easy to come by. I check every time I go into a Target or Walmart (shudder) which hasn’t been to often the past few months but still, every time those shelves are empty. I wish you luck. You’ll eventually get one. I hope it is sooner than later.

Yeah I’ve also been looking for the pink one for my wife. And it has been ruff to find.

I think due to Covid shutdown, parents didn’t want to deal with the kids and bought the switches…

Yeah I heard that was one very addicting game. My wife’s friend is always playing and he says he likes it.

Ok all we got some news, enter your PlayStation ID here to enter to be selected to preorder PS5 first. 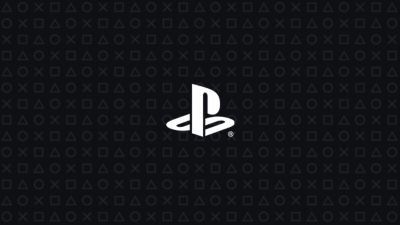 SSD’s wear out faster when writing large amounts of data consistency. SSD still does not write fast enough. Main memory speed is what we really need to see. There are literally a dozen or more new memory technologies in the wings - MRAM, CBRAM, PRAM, NRAM, SONOS, TRAM, and FeRAM. Shifting data updates and loads to main memory at an SDD cost is the goal.